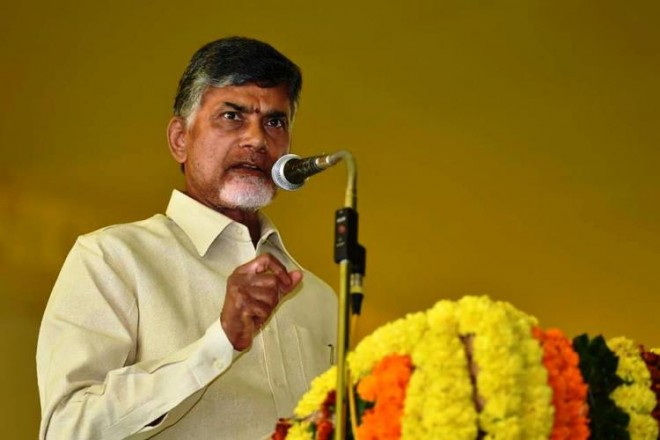 "The BJP and YSRCP are like husband and wife, but acting for outsiders. Why these masks? Modi, K Chandrasekhar Rao and Jaganmohan Reddy should come out openly if they have guts. We will show our mettle. K Chandrasekhar Rao is hatching conspiracies to destroy the state. Modi became 'chowkidar' for criminals," Naidu said during a roadshow in Nandyal on Tuesday.

Telugu Desam Party (TDP) supremo Naidu further said, "Modi is taking revenge on minorities. If they want safety, Modi must be defeated. Jagan took votes of minorities in 2014, and joined hands with Modi."

Making a poll promise for minorities, Naidu said, "We will stand by minorities. We will increase honorarium to imams from Rs 5000 to 10000 and for moujams from Rs 3000 to 6000. We set up Urdu varsity, built haz house, shaadi khanas. We will setup 25 residential schools for Muslim minorities."

Talking at length about the development of Nandyal parliamentary constituency, Naidu said, "We will make Nandyal a separate district if you people let the TDP win with a huge majority. I will develop Nandyal as a smart city and will build an outer ring road. We will upgrade Agriculture College to university. We will make the city as seed capital."

The Chief Minister also took the occasion to call out to SPY Reddy, who had severed ties with the TDP, after the party denied a ticket to his daughter. Naidu offered an MLC seat for Reddy’s kin and urged him to support the TDP.

Telangana will go to polls in a single phase for all 17 Lok Sabha seats at stake on April 11. Results will be declared on May 23.