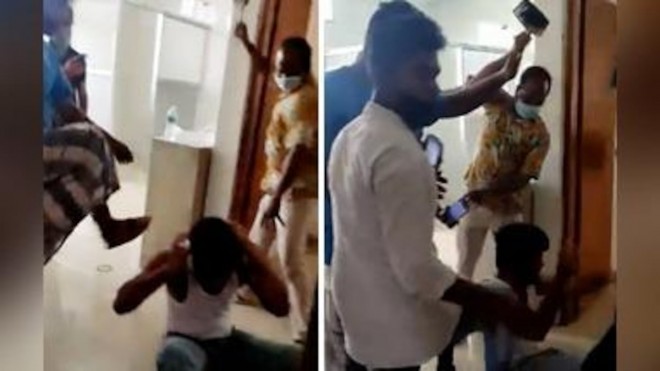 Guwahati: At least 24 people, including a woman were arrested by the police after a doctor at a government hospital in Assams Hojai district, was brutally beaten up.

Seuj Kumar Senapati, posted in Udali Covid Care Centre in Hojai, around 140 km from Guwahati, was kicked and pounded with metal trash and bricks by relatives of a Covid patient who had died, allegedly due to oxygen shortage, police said on Wednesday.

Police and health officials said that the young injured doctor was being treated at another hospital in Nagaon and his condition is stated to be stable after the Tuesday evening incident
Assam Chief Minister Himanta Biswa Sarma in a series of tweets said, 24 culprits involved in this barbaric attack have been arrested and the charge sheet will be filed at the earliest.
I am personally monitoring this investigation and I promise that justice will be served.

Sarma, who is now in Delhi, also in his tweets mentioned the names of 22 of the 24 people and said Culprits have been identified.

Police said that Giyazuddin, a resident of Pipal Pukhuri village, who had tested positive for Covid, died on Tuesday due to Covid linked and kidney related related complications.
Injured doctor Senapati told the media that around 40 people beat him up.

The mob also ransacked the hospital and tried to assault other doctors, nurses and health staffs.

I entered into a room and tried to hide, but they found me and assaulted me. They snatched my gold chain, my ring and mobile phone, the doctor said.

The members of the AMSA have also boycotted the Out Patient Department services on Wednesday in all government medical facilities to protest the incident.

However, emergency services and Covid related duties would continue. Doctors are performing their duties after wearing black badges as a mark of protest.