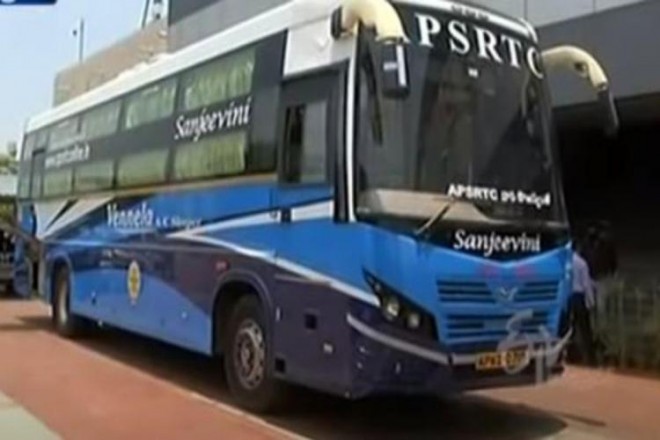 Transport Minister Perni Venkataramaiah on Thursday said that the A.P. State Road Transport Corporation (APSRTC) was converting its sleeper (Vennela) buses into mobile hospitals equipped with oxygen concentrators, to extend emergency medical services to the people affected by the COVID 19 in the remote villages and Agency areas of the State.

The Minister inspected a model of Sanjeevani at the Pandit Nehru Bus Station, where APSRTC Vice Chairman and Managing Director R.P. Thakur explained him the technical specifications of the new initiative.

Emergency services
The Minister said, with the virus spreading to the rural and remote pockets in the second wave, people in many Agency areas were having problems due to lack of medical facilities. Emergency medical services, crucial to save persons infected by the virus, was a challenge.


Mr. Venkataramaiah said as a pilot, 17 RTC buses were redesigned to suit the medical purpose by the Amba Coach Factory in Krishna district, while Green Co. company had donated 50 oxygen concentrators and three A/C units.

Alternative current supply would ensured for smooth functioning of the oxygen concentrators and the A/C units, he said, adding that these vehicles would extend medical services at places such as Buttayagudem Primary Health Center and K.R. Puram ITDA PHC in West Godavari district.

10-bed facility
Each bus has 10 beds. In areas with no hospital, or has a dearth of beds with oxygen, 10 persons can be treated at once in each of these vehicles, he explained.

The Minister explained that the inconvenience experienced in handling oxygen cylinders in Rajamahendravaram prompted them to switch to oxygen concentrators.