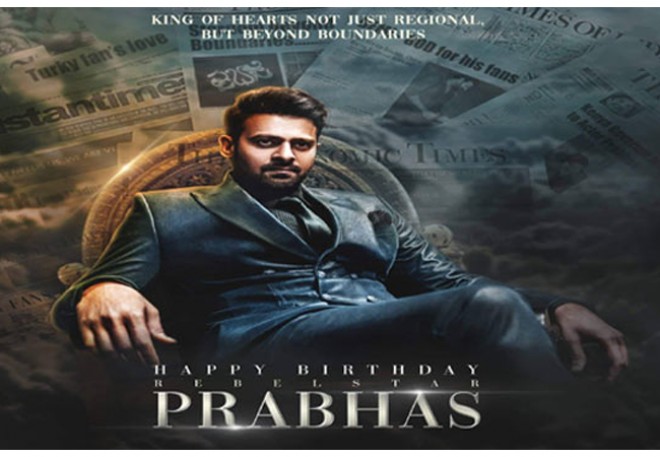 Prabhas's fans on social media have designed a special Common Display Picture (CDP) to celebrate his birthday and it looks absolutely stunning.

Prabhas's still from his latest action entertainer, Saaho, has been used for this CDP and it looks scintillating.

This picture is presently going viral on social media platforms and Prabhas's fans are in love with it.

Meanwhile, rumors rife that an official announcement regarding Prabhas's next project, tentatively titled Jaan, will be made on the occasion of his birthday.