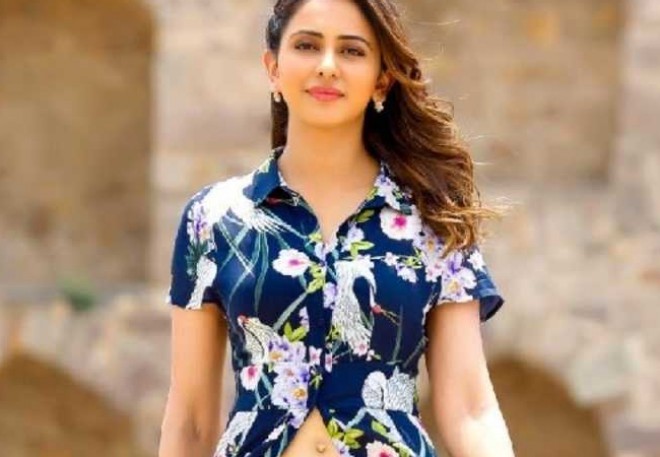 Punjabi beauty Rakul Preet Singh started off with a bang in Telugu cinema and reached to the top in no time. But things are completely different when it comes to Bollywood. She tested her luck several times but her films failed to impress the audience. Losing no hope, Rakul Preet played one of the female leads in Ajay Devgn's De De Pyaar De and the film has been declared as a blockbuster. Rakul Preet is left delighted with the response her role has been receiving.

Rakul Preet played a modern girl and she looked ultra glamorous in the film. Her glamorous presence and performance have been widely accepted. Now, Rakul Preet is rushed with several Bollywood opportunities but Rakul is not in a mood to hurry. She is picking up interesting roles. Rakul Preet is currently shooting for Nagarjuna's Manmadhudu 2 and she is eagerly waiting for the release of Suriya's NGK.