New girl on the block 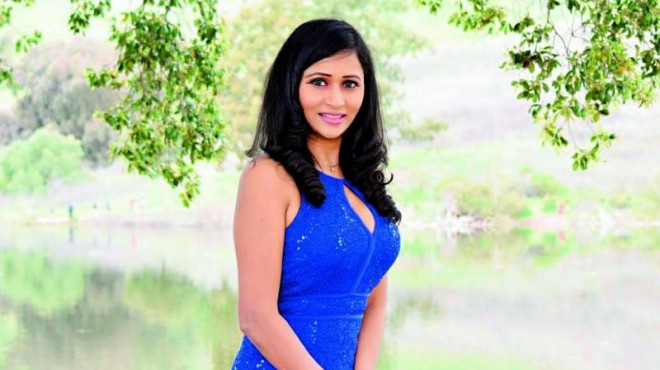 Hyderabad, Apr 29: Yet another pageant winner is set to foray into Tollywood. The Hyderabadi girl, Jyothsna (Jo) Sharma, has been finalized to play the female lead role in Mohan Vadlapatla’s upcoming directorial. The actress is quite kicked about making her Tollywood debut.

"I’ve heard the script and it's very contemporary in nature, and I’ve been assigned a substantial, author-backed character in it. I’m honestly quite glad to land such a beautifully conceptualized role for my debut in Tollywood. The film’s shooting will commence next month, and most of it will be shot in the US and other bay areas. I’m quite excited as films give me an opportunity to reach out to a larger audience,” explains Jyothsna, who is a software engineer.

Jyothsna’s love for the arts and theatre has led her into the world of modeling. "I’ve always enjoyed participating in drama and related activities through school and college. Even after relocating to the US, which I did a few years ago, I’ve continued to practice dance and have been active in the US Broadway and theatre production," said Jyothsna, who recently won the title of Miss USA (India) International Beauty Talent.

Jyothsna also happens to be a trained classical dancer! "Apart from writing and directing plays, I also teach dance, and I must say that it has helped augment my own ability to express during performances," she says.