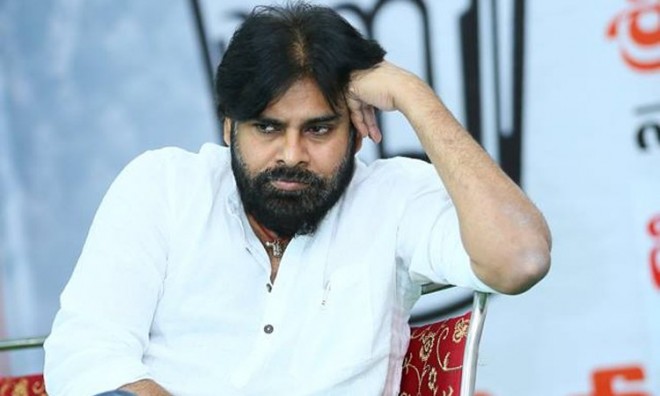 Hyderabad, Apr 26: Pawan Kalyan is anxiously waiting for the results of the election. Meanwhile, he is also planning to continue his career in films.

As per sources, Pawan has agreed to do three films for a person close to Janasena. Pawan wants to do these films for not so popular directors. Director Dolly (Kishore) is one among them. There is a movie with Trivikram for Harika Hassine Creations too. But that will take a while to materialize.

Pawan's re-entry will depend upon the performance of Jana Sena in the elections though. If the results are not encouraging enough then Pawan will take a break from politics for few years.

If Janasena manages to get a decent number of seats then Pawan may reconsider his decision to start working on movies immediately.

As of now, Pawan is looking for good scripts besides having discussions regarding Janasena's performance in general elections.