Mahesh & team wrapped it up successfully 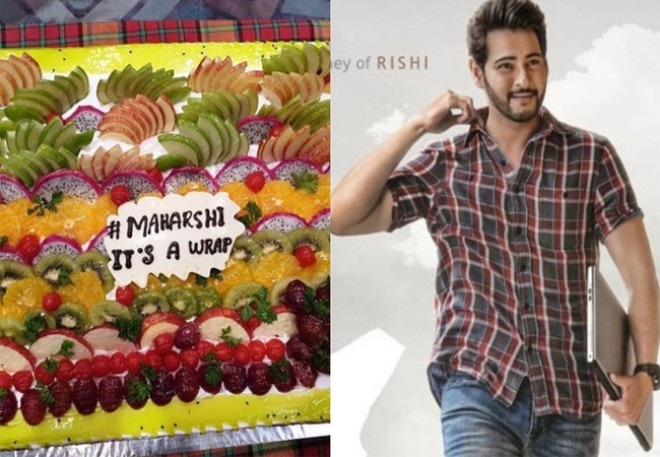 Hyderabad, Apr 18: 'Superstar' Mahesh Babu's quarter stone film, 'Maharshi' has completed its shoot today. Pooja Hegde is the female lead and Allari Naresh has a crucial role, a song has been shot for the past week and with the completion of this song, the production of the film is done.

Post the shoot, a small wrap-up party was organized with all the cast & crew. The post-production work of Maharshi is moving on a fast pace and Mahesh already completed dubbing for his role.

The makers kick-started the promotions recently and the film’s release date was already announced and there will be no change in it mostly. Mahesh will fly for a short vacation along with his family and will return back by the end of this month.

A grand pre-release event of Maharshi is planned during the first week of May. Produced by Dil Raju, Ashwini Dutt and PVP, Maharshi releases on May 9th.