Choti Choti Baatein from Maharshi: A Theme of Friendship 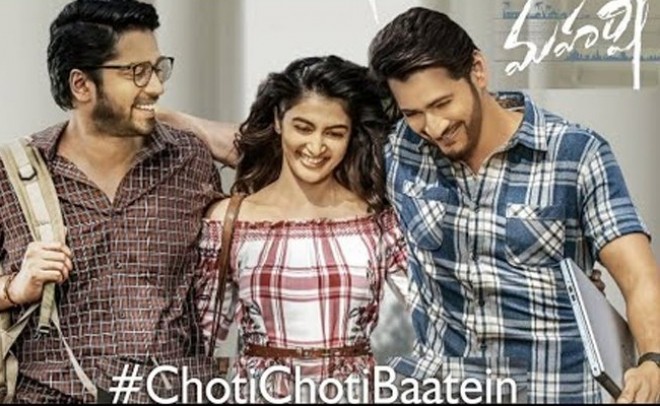 Superstar Mahesh Babu has all his hopes on his next film titled Maharshi. This emotional family entertainer will be directed by Vamshi Paidipally and is in final stages of shoot. Pooja Hegde is the heroine and Allari Naresh will be seen in a crucial role in the film. The makers released the first single 'Choti Choti Baatein' from the film which is quite impressive, fresh and melodious. The lyrics are heart touching and the song completely focuses on the value of friendship.

Choti Choti Baatein is a friendship themed song that tops the music charts for sure. An impressive song composed by Devi Sri Prasad and the lyrics written by Shrimani looks convincing. Rao Ramesh, Jagapathi Babu and Rajendra Prasad will be seen in other crucial roles in Maharshi. Devi Sri Prasad is the music composer and Dil Raju, PVP, Ashwini Dutt are the producers. Maharshi is slated for May 9th release.