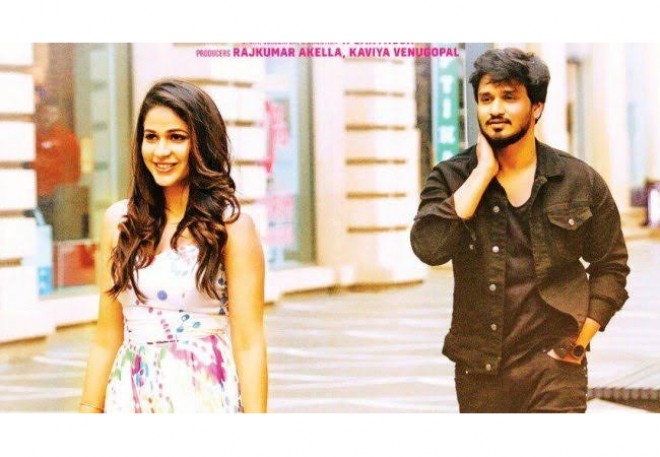 After a good round of promotions, Nikhil's long-delayed project, Arjun Suravaram has hit the screens today. Let's analysis it.

Arjun Suravaram(Nikhil), a journalist by profession will be cornered in a forgery case. In order to crack the mystery behind the case, Arjun along with his media colleagues focus on it and finds out that many big heads are involved in the fake certificates racket. Later, how will Arjun and his team expose facts to society? Forms the rest of the tale.

As Arjun Suravaram is an official remake of Tamil film, Kanithan, director T. N. Santhosh almost made a copy-paste with a few minor changes in Telugu too. His idea of exposing the fake certificates mafia is good and executed the serious point with decent twists and turns.

Coming to the artist's performance, Nikhil breathes life into the role of an aggressive journalist and gave an impressive performance. As the film mostly runs like a cat and mouse game between the hero and villain, the scenes related to it have come out well.

Tarun Arora, who portrayed the main antagonist role in the film is decent on the screen and performed nicely.

Heroine Lavanya Tripathi is cute on the screen and did her purposeful role convincingly. Comedian Satya as Nikhil's friend and Vennela Kishore are okay in their roles.

All in all, Arjun Suravaram is a serious crime drama that exposes the facts behind signature and fake certificate mafia. All the scenes between the hero and villain keep the proceedings engaging, but lack of commercial elements and the non-commercial format may not go well with all sections of the audience.