Chiru thanks Jagan for supporting Syeraa 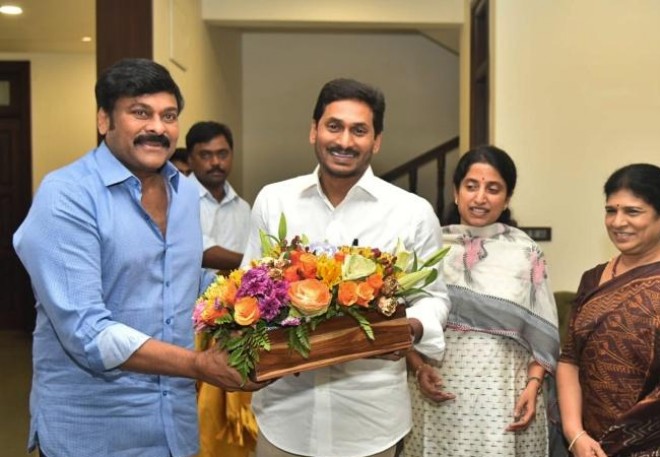 Megastar Chiranjeevi personally met YS Jaganmohan Reddy, the Chief Minister of Andhra Pradesh, the other day to thank him for allowing six screenings a day for his film Syeraa Narasimha Reddy. Chiru also requested Jagan to watch the film and the latter promised that he will watch it soon.

Speaking about his met with Jagan, Chiru said that Jagan promised that he will do his best for the welfare of cinema and its workers in Andhra Pradesh. Chiru also told Jagan to cater some time to discuss the development of cinema, with the key industry members.

Chiru added that he couldn't attend the swearing-in ceremony of Jagan as he was busy with the shoot of Syeraa. Thus, he personally visited him now with family and felt honoured to meet him now. Chiru's wife Surekha and Jagan's wife Bharathi were also present at this meet and greet event.