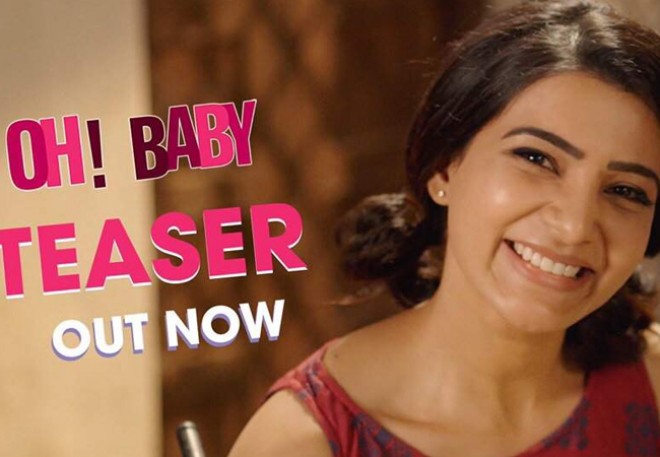 Samantha Akkineni is picking up different roles in her career and she is busy with a bunch of interesting projects. Her next film Oh Baby is inspired from a Korean Film 'Miss Granny' and is directed by Nandini Reddy. The teaser of the film has been out last evening and it received a thumping response from the audience. Samantha's energetic performance is a huge boost for the entire film.

Naga Shaurya, Rao Ramesh and Lakshmi will be seen in other crucial roles. The entire shoot of Oh Baby has been wrapped up and the post-production work of the film is on cards. Suresh Productions and People Media Factory are the producers. Oh Baby will release during July this year. Samantha plays a 70-year-old woman in the film and the film narrates about her soul which is always 25.