RGV doesn't get hotels, AP cops send him back to Vijayawada 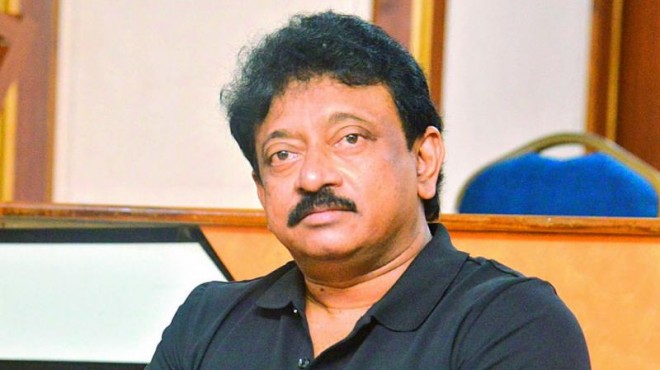 Vijayawada, Apr 29: Director Ram Gopal Varma who attempted to conduct a press conference to announce the release of his film 'Lakshmi's NTR' in AP was sent back to Hyderabad on Sunday.

Varma had earlier announced that press meet would be held in a hotel in Vijayawada and shifted the venue to another hotel. He then informed media persons that he would speak to them on the road at NTR Circle, Pipula Road.

He claimed that he had paid the hotels in advance, but they had cancelled his reservations. Hotels were unwilling to give accommodation due to the pressure of a political leader, and he had therefore decided to conduct the press meet on the road, he said.

Varma along with producer Rakesh Reddy had flown into Gannavaram airport from Hyderabad earlier in the day. Varma said his film had secured clearance for release and he had decided to release it on May 1. He said that TD had filed a case against his movie release in court. When they left for Pipula Road, the police stopped them at Ramavarappadu.

Varma and Rakesh Reddy argued with the police that they are forced to conduct the press meet on the road as hotels were not willing to host the event, but the police turned them down.

Police stated restrictions under Section 144 were in force because of the elections, and the press meet could not be allowed on the road. The police later shifted Varma and Rakesh Reddy to the airport for them to catch a flight back to Hyderabad.

Varma said he was sorry to inform that the press meet at 4 pm was cancelled "because the police stopped us and have barred my entry into Vijayawada and (are) forcibly sending me back to Hyderabad."

"Where is a democracy and why is truth being backstabbed," he asked

YSRC leaders K. Pardhasaradhi, Malladi Vishnu, Ambati Rambabu and C. Ramachandraiah condemned the attitude of the police. They alleged that the TD government was snatching the film-maker’s constitutional rights. They claimed that TD was afraid of the truth coming to light with the movie.