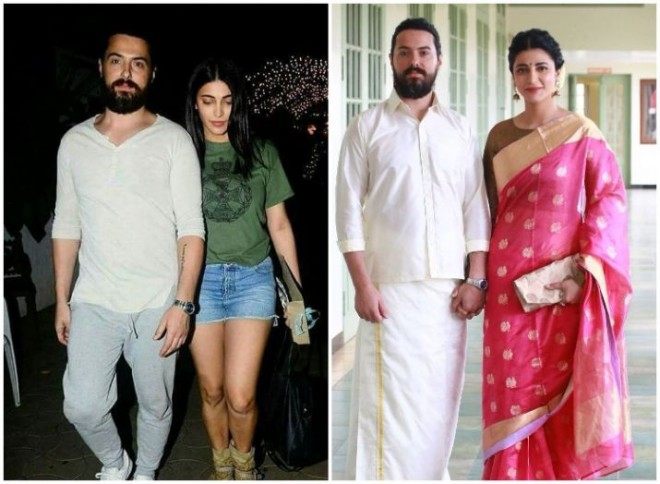 Mumbai, Apr 27: It’s true, then. Shruti Haasan and her boyfriend Michael Corsale have called it quits for real. The London-based theatre actor even made an official announcement about it on his social media handles.

"Life has unfortunately kept us apart, on opposite sides of the globe, and so we have to walk solo paths it seems. But this young lady will always be my best mate. So grateful to always have her as a friend. Luv ya gal", Corsale wrote in his tweet. The actress, however, has chosen to remain silent about it.

Shruti and Corsale dated each other for nearly two years. Apparently, Shruti even turned down films in order to be able to work with Corsale and spent most of her time abroad.