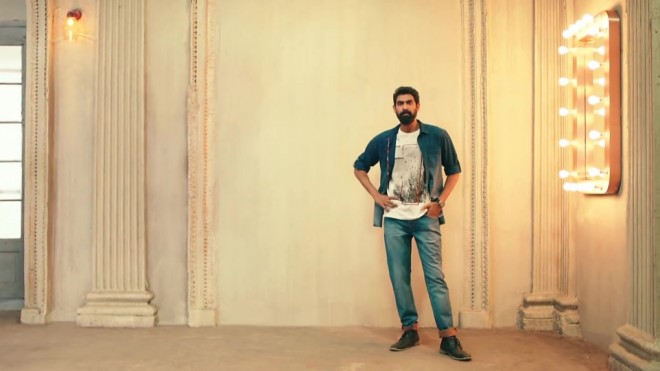 Hyderabad, Apr 25: Rana Daggubati who lost oodles of weight due to his ill-health has not yet gained weight again. He looks even more spindly now.

The latest pictures show that has not yet fully recovered from his ill-health. Probably he is still on special diet that his doctors have recommended.

Rana has been suffering from a rare blood pressure issue and he has been on low-sodium diet and this has made him lose weight.

He is, at present, is wrapping up his Bollywood and Malayalam movie commitments. He will take up his Telugu films from June/July.

Rana has signed two films in Telugu - Gunasekhar’s mythological drama "Hiranaya" and Venu Vudugula’s "Virataparvam". Both these directors are waiting for clarity on his dates.