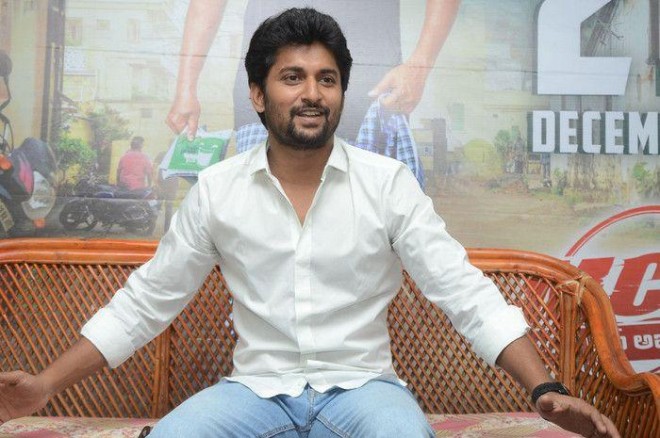 Hyderabad, Apr 25: Looks like Nani is quite serious about film production. He didn’t take remuneration for his recent 'Jersey' since the budget went beyond the specified target and it was not an out and out commercial film.

He guessed the film would have limitations at the box-office. So, he took partnership in the film thus
involved in its film production indirectly.

Last year, he produced 'Awe' which was also decent successful venture. This year, he will be teaming up with Dil Raju and Swapna Dutt to co-produce films.

He will be taking partnership in Dil Raju produced Indraganti's multi-starrer. He will also be acting in and this film will be launched this month end.

On the other hand, he is also bankrolling a small-budgeted movie in the direction of Anudeep that will star comedians Rahul Ramakrishna and Priyadarshi. Nani will not act in it. He will produce it with Swapna Dutt of 'Mahanati'.

Besides acting in two or three movies a year, he also wants to produce small films.