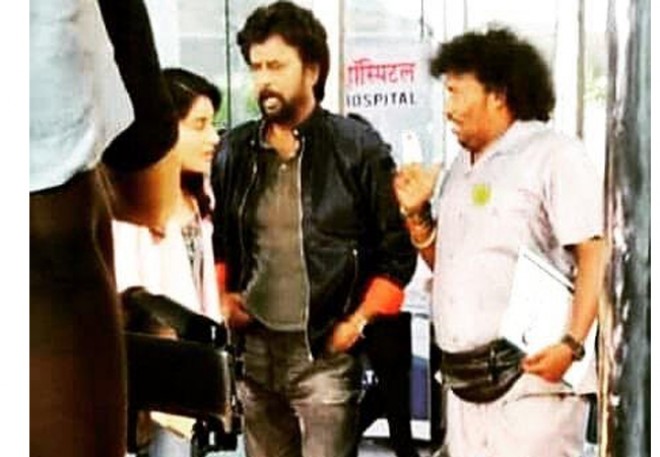 Superstar Rajinikanth and AR Murugadoss' film Darbar shooting is going at a brisk pace in Mumbai. A couple of stills of Thalaivar has been leaked online from the film's shooting locations which are currently going viral in the social media pages.

Thalaivar as usually looked stylish in those pics and one of the pics also starred comedian Yogi Babu and it looks like he is playing an assistant of Superstar.

Nayanthara has joined the sets of the film today and Thalaivar will be seen as a police officer in this action thriller which will be set in Mumbai backdrop. Check out the pics below.