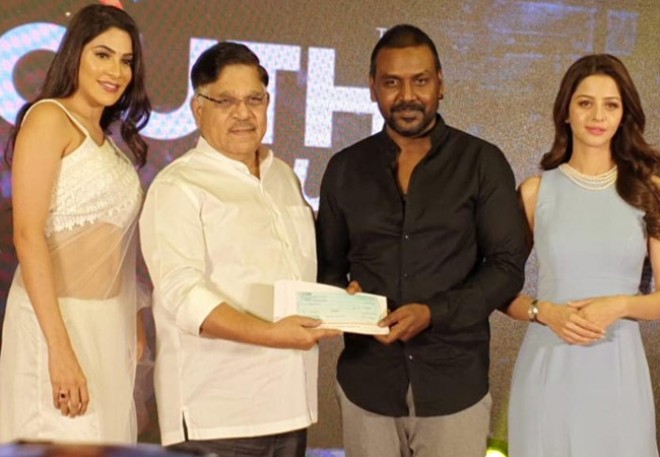 Hyderabad, April 18: Tamil actor, director, and choreographer Raghava Lawrence is busy with a bunch of projects. Along with films, he is spending a huge amount from his earnings for the charity, poor and for the needy children. His charity work has been appreciated several times by his fellow actors and stars.

Lawrence is testing his luck with Kanchana 3 and the film is releasing this Friday. The pre-release event of the film took place last night in Daspalla, Hyderabad.

Mega-producer Allu Aravind who attended the pre-release event of Kanchana 3 as a special guest, handed over the cheque to Lawrence. Kanchana 3 directed by Lawrence will release this Friday and will clash with Nani's Jersey.