Horror film spooks actress but she just loves it 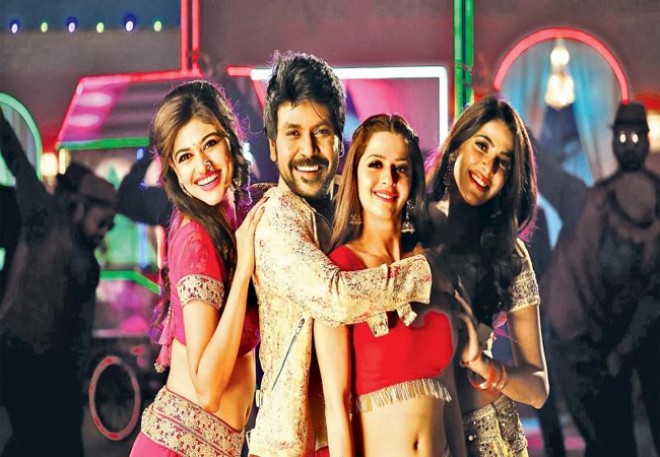 Vedhika Kumar, the heroine of Muni-Kanchana, is thrilled to return to Tamil with Muni 4-Kanchana 3, the horror comedy franchise that has gained a lot of popularity over the years and which was remade in Bollywood as well.

The svelte actress who says she is so scared of even listening or watching ghost stories and sleeps with the lights on shares her experiences with DC of working in the film with Raghava Lawrence, the hot dance numbers, her B’town debut with Emraan Hashmi, whether she is game for glamour in Hindi which she thinks works and not being intimidated by two or more heroine subjects. The actress says she would be watching Kanchana 3 along with the audiences on FDFS at a multiplex in Chennai.

I was very young when Muni was offered to me. Though I did not think that it would become so big, I was confident that Muni would definitely become a hit. The way Lawrence master narrated the script to me in an awe-inspiring manner, I could instantly connect with the concept.

The reason being I am scared of ghosts and I knew the ghost story gave me goose bumps and would connect with the audiences. And Muni was a trendsetter in Tamil cinema in horror comedy genre. A slew of such films followed thereafter. I am happy to be part of the franchisee and it is a special film to me.

Yeah, everyone knows that Lawrence master is an amazing choreographer. Though I am trained in dance, I am doubly careful while working with master. I give my best foot and try to match up with him. The song and dance sequence Oru Sattai Oru Balpam from the film has garnered a lot of attention and is going viral on net.

Though I haven’t come across any spooky experiences in real life, I can’t sleep alone in the dark. I call my maid and ask her to stay with me despite the lights being on. Do you know I even pay extra bucks to her for her help? (laughs). But I do love to watch ghost films and how? I close one eye, half close my ears with all the lights on in my home theatre and still enjoy the movie.

It’s not about two or three heroines in a film. I want to be part of films, which I believe in. For me, I choose flicks when a script has importance to my character irrespective of others in the movie.

Actually, I was busy in various languages and doing films with big stars in Kannada like Shivaraj Kumar and in Malayalam with Prithivi raj. As I said I started my career at the age of 16 and went back to studies in UK for two years. Also, I needed a change from the period films like Bala sir’s Paradesi, Kaaviya Thalaivan etc. I was doing. I wanted to explore different genres. I am also foraying into Bollywood with a Jithu Joseph sir film.

No one resorts to skin show willingly. If the script demands, one needs to look glamorous in dance routines. And it works in Bollywood. It is applicable to my film as well. I play opposite to Emraan Hashmi in an untitled thriller shot extensively in exotic locales of Mauritius.

I don’t believe in performing similar type of roles all the time. I have been lucky to get meaty roles, which also fetched awards to me. People have seen that side of me. Films like Kanchana 3 will be refreshing change to audiences.

2019 has been exciting year so far! I have signed a film with Aadhi, son of ace actor Sai Kumar and directed by Karthik and Vignesh. Talks are on with two more big filmmakers. I am doing Home Minister with Upendra in Kannada and a film in Malayalam.