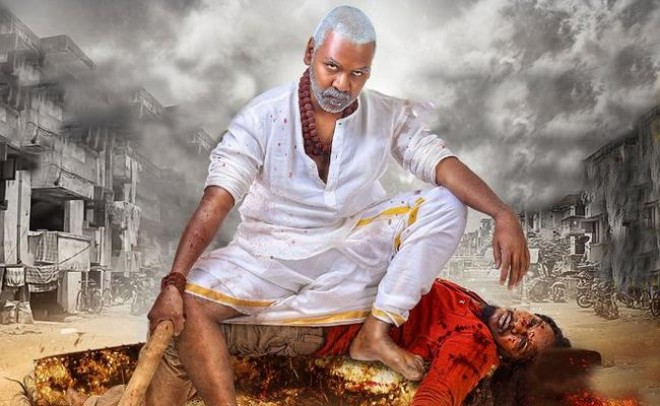 It is directed by Raghava Lawrence who also played the lead role in it. Lawrence will be rocking grey hair and white dhothi as the lead man of 'Kanchana 3'.

Vedhika and Oviya are playing the female leads. Trailer of Kanchana 3 is filled with typical ghost images that are the norm with the franchise.

Lawrence mouths some mass dialogues aimed at the front benchers in the trailer. Kanchana series is popular for its fun quotient, but the trailer of Kanchana 3 didn't include any comedy bits.

Although the trailer is an underwhelming one, it is sure to grab the attention of the target audience given the franchise's popularity and success.