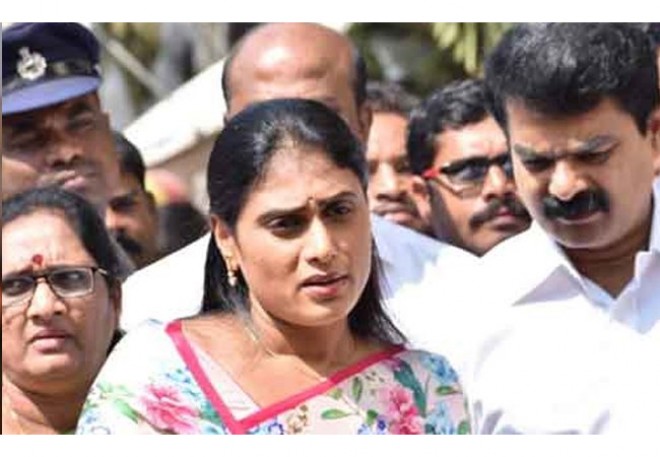 TDP Chief Nara Chandra Babu's son Nara Lokesh is contesting from Mangalagiri Assembly segment and the TDP leaders, other party workers supported the young politician on his victory. YSRCP leader Alla Ramakrishna Reddy who staged several attacks on TDP is contesting against Nara Lokesh and political analysts are expecting a tough fight in the constituency. YS Jagan's sister YS Sharmila who was out of reach from some time made her surprising presence supporting Alla Ramakrishna Reddy.

Sharmila participated in the election campaign today and made some sensational comments on Nara Lokesh. Sharmila's surprising presence and attack on Lokesh did not go well with TDP. Sharmila requested the people to vote for YSRCP for the better future of the state. TDP staged an attack on Sharmila saying that she sounds exactly like the daughter of a hardcore criminal.