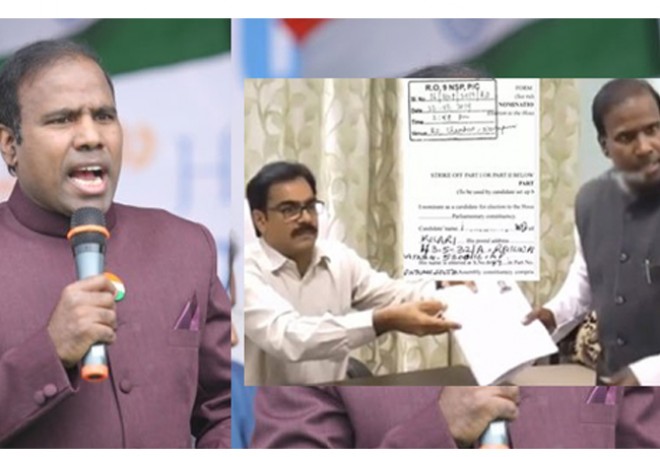 He even did not submit a photograph for the nomination. His educational qualifications too were not mentioned. KA Paul mentioned his phone number and email address and mentioned his name as Kilari Anand. He mentioned his address from Vizag's New Railway Colony. 55 years old KA Paul said that he never filed income tax returns and had no criminal cases. The returning officer asked KA Paul to submit Form A,B and 26 Affidavit.