CM KCR, the target for TDP & Janasena in their poll campaign 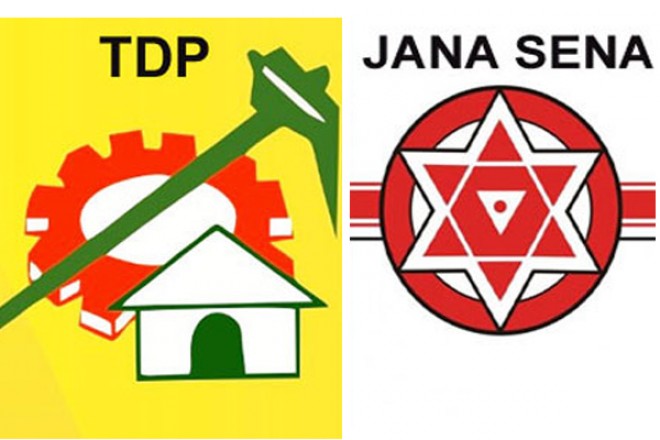 Both Chandrababu Naidu and Pawan Kalyan are accusing KCR of threatening Andhra people residing in Hyderabad, especially those having assets and businesses in Hyderabad.

They allege that KCR is blackmailing them that their properties in Hyderabad will be seized if they don't support YSRCP. Both Naidu and Pawan have reinforced their attack on KCR.

Despite, KCR remaining silent and not taking the name of AP elections (or) even the names of Chandrababu, Pawan, in his election meetings, KCR continues to remain the target of Naidu and Pawan. KCR is now learnt to be masterminding a counter strategy to rubbish the allegations levelled by Naidu and Pawan against him.

KCR reportedly asked Tollywood actors, directors, producers and industrialists and businessmen hailing from Andhra and residing in Hyderabad to take up a social media campaign how KCR and TRS government shows no discrimination against Andhra people and how they treat them equally in all spheres using their whatsapp, facebook, twitter accounts etc.

KCR asked them to forward messages on social media, whatsapp etc stating that how they were leaving peacefully in Hyderabad for the past five years under TRS rule and also no incident of any attack or violence against Andhra people in Hyderabad.

KCR feels that this will douse "Andhra sentiment" among people in Andhra and also will check false propaganda taken up by Naidu and Pawan on "Andhra discrimination" in Hyderabad.