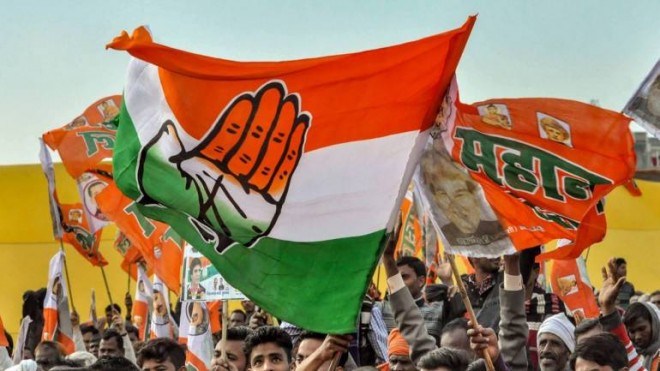 New Delhi, Mar 22: The Congress on Thursday announced the names of its candidates for three Lok Sabha constituencies and 45 Assembly seats in Andhra Pradesh.

For the Lok Sabha polls, the Congress has ranged Ramana Kumari Pedada from Vishakhapatnam, Narahrasetti Narasimha Rao from Vijayawada, and J Lakshmi Narasimha Yadav from Nandyal.

The Congress is going it alone in the polls in the state. The Congress-TDP combine received a severe drubbing in the Telangana Assembly elections in December last.

There are 25 Lok Sabha and 175 Assembly seats in Andhra Pradesh. Both Lok Sabha and Assembly polls will be held in the state simultaneously on April 11.