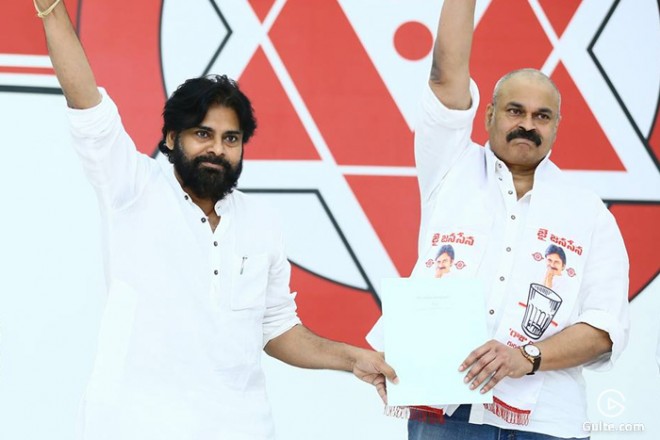 Hyderabad, Mar 20: Pawan Kalyan's brother Nagababu, who was supporting the party from behind, is all set to join Jana Sena Party actively. It's said that Janasena chief has decided to make Nagababu contest as MP candidate from Narasapuram.

As it was in the news that, at the elections time, important members from the mega family will be joining Janasena party. Especially, there was speculation for a long time that Nagababu will join Janasena and will contest from Kakinada. But Nagababu has denied this news by saying he has no intention to join Jena Sena party.

With the latest political developments in AP. The Janasena has decided to make Nagababu contest from Narasapuram Parliament segment in the coming elections. At present, for Narasapuram Lok Sabha seat, TDP candidate V Sivarama Raju..form YSR Congress Party Raghuram Krishnam Raju is in the race.

It's said the mani election war is in between TDP and YSRCP. But the Praja Shanti Party chief KA Paul, who is also contesting for Narasapuram MP seat, says that these two parties are not even competitors for him.