Vikram Rathour and Kohli backing out of form KL Rahul. 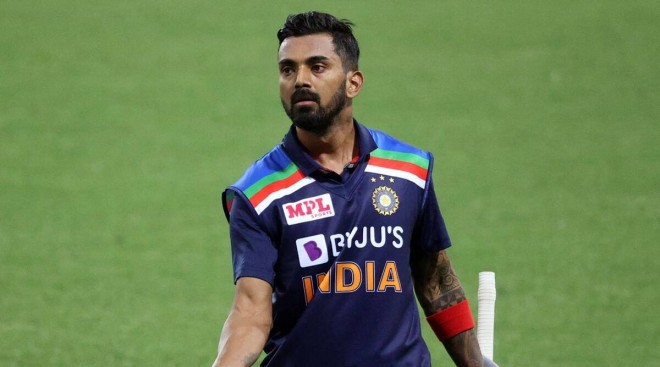 KL Rahul was trending on Twitter minutes after the third T20 International between India and England had kicked off. For Eoin Morgan had asked India to bat on a red-soil wicket which was quite different to the ones used in the previous two T20Is and with India skipper Virat Kohli vehemently statements before the series that India's first-choice opening pair for the series would be that of KL Rahul and Rohit Sharma. Once the series began, however, it wasn't the case until the third game with Rohit being given a breather in the first two games.

Rahul was the constant at the top, who partnered three different partners in three games. However, there was one constant - Rahul's repetitive failures, with scores of 1, 0, 0. Knocked over by Jofra Archer's pace in the first T20I, he edged Sam Curran in the second, and was beaten by Mark Wood's pace on Tuesday (March 16), copping his third duck in four T20I innings, adding voice to the growing chatter about his form and place at the top of the order.

Rahul, though, received nothing but firm backing from his skipper and batting coach. When asked after India's eight-wicket loss about the phase Rahul's going through, Indian skipper, Kohli said: "I was going through a lean patch 2 games ago. These things turn around very quickly. He's been a champion player for us. If you look at his numbers in the last 2-3 years , they're probably better than anyone else in T20 cricket. He'll continue to be one of our main batters along with Rohit at the top of the order, so we don't have any concerns there. T20 is a very instinctive game and we know once he starts playing positively and a few shots come off, then it's a matter of 5-6 balls in this format and suddenly you're back into that zone."

It's not without reason that Rahul is regarded among the best in the world in the format. Even last year when COVID struck and despite the lockdowns and all the restrictions in place, Rahul returned with the orange cap from the IPL, with over 600 runs in the season. In international cricket, he averages over 40 across 48 games and strikes at 143.13.