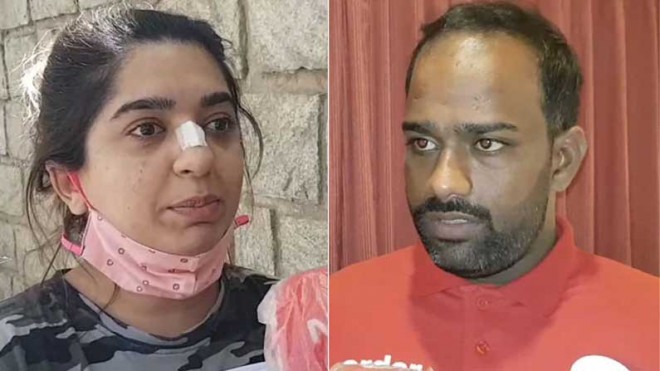 The FIR was based on a complaint filed by Kamraj, the accused in the first case. Hitesha has been booked under IPC sections 341 - wrongful restraint, 355 - assault or criminal force with intent to dishonour a person, otherwise than on grave provocation, 506 - criminal intimidation and 504 - intentional insult provoking breach of peace.

"We are entitled to accept complaints from any aggrieved party whosoever and based on that complaint, an FIR has been registered against the woman," said Deputy Commissioner of Police Southeast Division, Srinath Joshi.

Earlier, Electronics City police had registered a case of assault on the Zomato delivery executive Kamraj after Hitesha alleged that he punched her on nose when she complained of the delay in delivering food.