Farmers are ready to stay put on Delhi borders 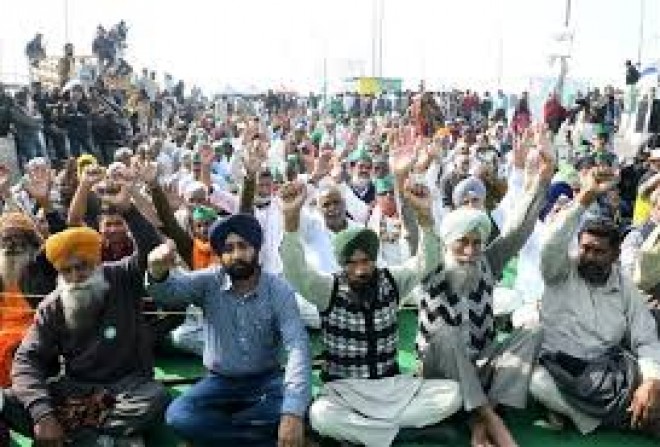 Muzaffarnagar: Farmers are ready to stay put on Delhi borders to protest against three agri laws for the remaining three and half years of the Modi government's second term and the stir cannot be "culled" any which way the Centre tries, legendary farm leader Mahendra Singh Tikait's son Narendra Tikait says.

Narendra, who does not hold any official position in Bharatiya Kisan Union, formed by his father in 1986, and mostly focuses on the family's farming activities but is as vocal on issues concerning farmers as his two elder brothers Naresh and Rakesh Tikait who are leading from the front in the agitation that has been continuing for more than 100 days.

Speaking to PTI at his home in Sisauli, Muzaffarnagar district, 45-year-old Narendra also said his two brothers and the entire Tikait family would leave the protest if even smallest of any wrongdoing is proved against even a single family member, as he rejected allegations by some quarters that they have built properties and made money from the agitation.

The eldest brother Naresh Tikait is BKU president, while Rakesh Tikait holds the position of national spokesperson of the organisation, which under Mahendra Singh Tikait's leadership in 1988 had laid a virtual siege to Meerut in pursuit of higher prices for sugarcane, cancellation of loans and lowering of water and electricity rates. The same year, BKU held a week-long protest in Delhi's Boat Club to focus on the plight of farmers.