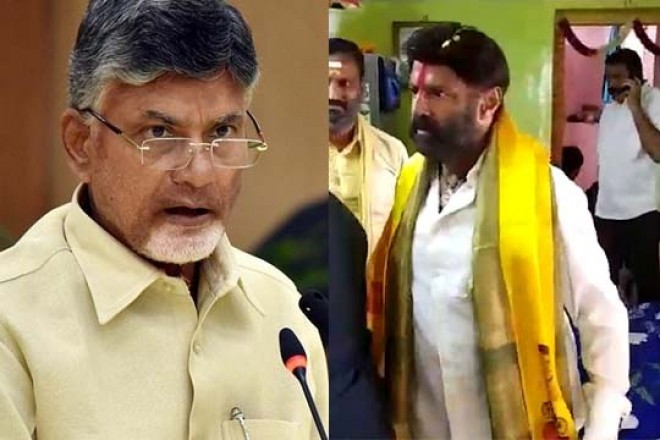 Yesterday, TDP Hindupur MLA Nandamuri Balakrishna made headlines by slapping his own party supporter while he was campaigning for TDP candidate in the municipal election.


Balakrishna turned furious after a TDP supporter kept clicking his click pictures and he slapped the man not once but twice. This video is now going viral on social media.

Naidu opines that Balakrishna's aggressive and provocative attitude will ultimately damage the image of the party. Moreover, acts like these will further tarnish TDP's prospects. The party is already struggling to hold its ground in Andhra Pradesh politics and controversial incidents like these will make it that much more tougher for the party to regain its stronghold.

Naidu will apparently be speaking with Balakrishna very soon and advise him to stay composed while attending public meetings.