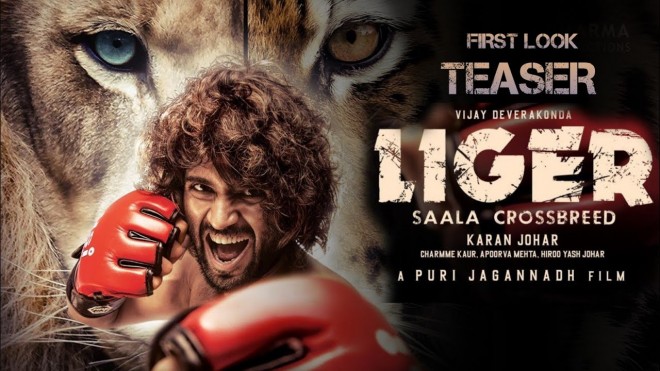 Vijay Deverakonda is venturing into Bollywood with a prestigious Pan India project in the direction of Puri Jagannadh. In association with Puri connects, the film billed to be an actioner is being produced jointly by Bollywood leading production house Dharma Productions and Puri Connects.

Bollywood actress Ananya Pandey is playing the female lead opposite Vijay Deverakonda. Today, the makers of the film have unveiled the title and first look poster.

Ramya Krishnan plays a prominent role in Liger which is being made in Hindi, Telugu, Tamil, Kannada, and Malayalam languages.