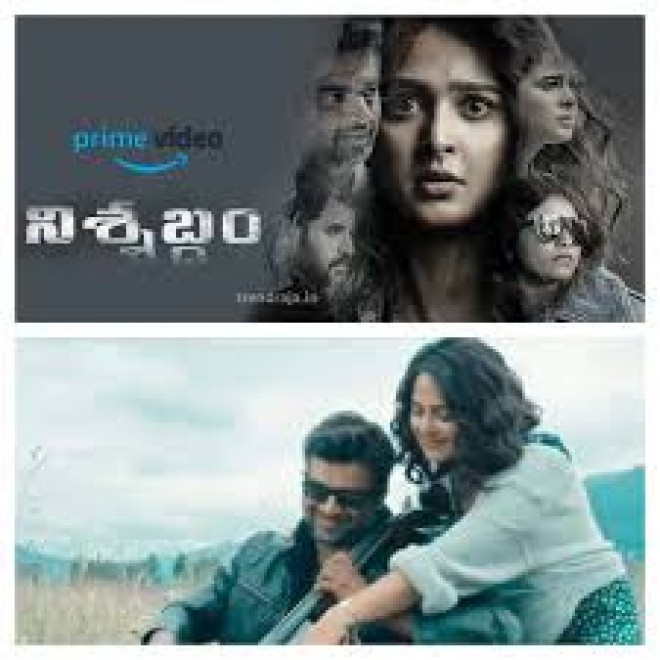 Anushka Shetty Nishabdam movie has been released here on today by Amazon Prime. The movie got poor reiews from all over the circle. To speak about the story Saakshi (Anushka) Sonali (Shalini Pandey) are childhood friends. When visiting a haunted house in Seattle USA, Anthony (Madhavan), Sakshi's husband is murdered. Richard (Micheal Madsen) Mahaa (Anjali) from the Seattle Police Department are assigned the case and the rest of the movie is about murder investigation as they find the murderer.

To speak about the analysis of the movie, The Film opens in an interesting manner showcasing 1972 double murders in a remote house near Seattle, USA. On a Christmas night, an American couple was allegedly killed by a ghost and ever since the house had been branded as a haunted house. The house re-opens in 2019 after a businessman buys it for timeshare renting. With a complete set up in USA for a thriller, the film could have been easy cruise.The production values of the film are top-notch as the visuals are no less than a Hollywood film. Anushka leads from the front and is good in her role as a mute. Anushka did well with the sign language and her look is also good. Madhavan as always is superb in his crucial role. He brings a lot of depth to the film and his character has been justified quite well in the end.

Subba Raju gets a major role and he is quite effective. Anjali plays a US cop and looks her part. Coming to Richard Madsen, he is good only in the last stages of the film.

Shalini Pandey does well as the girl who is quite possessive. The film is started off in an interesting manner and the twists are revealed in a neat manner. A few scenes where Anjali chases Richard Madsen have been showcased quite well.