AP To TS: APSRTC is willing to run the buses but?! 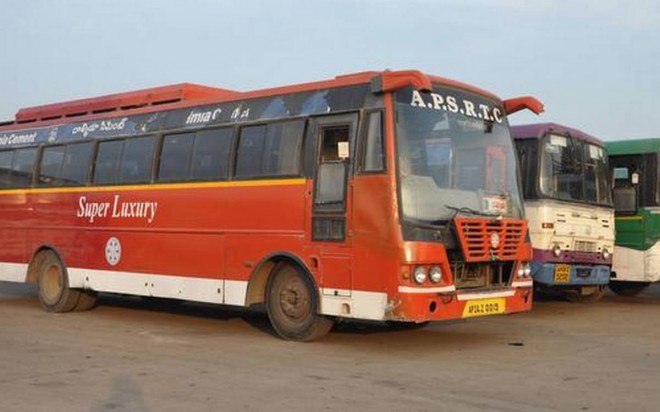 During the partition of the Andhra Pradesh and Telangana, many issues got solved but the RTC partition has been an unsolved problem for both the states. The Telangana RTC has been furious on the APSRTC and is regularly alleging that they are covering too many kilometers in their state and thereby all the profits have been diverted to the neighbor Telugu speaking state.

Telangana's issue is that the major part of the income goes to APRSTC in the pact of inter-state transport. The dispute was settled amicably during the distribution of assets and liabilities, but even after that, the Telangana RTC is angry with the APSRTC. The clash started as AP buses were plying for more kilometers in Telangana.

Even in the case of kilometers, the APSRTC came forward to resume the services by running the buses in equal proportions and the AP has come forward to the compromise, but it was not affordable for the people of Telangana. Now in the corona season, Telangana is standing very tight.

Buses have to ply in two Telugu states with unlock-relaxations but AP and Telangana services have not started yet. Buses ply from AP to Tamil Nadu and Karnataka. Telangana has also started services to Karnataka and Maharashtra. Strangely, there are no buses between AP and Telangana. Several rounds of negotiations at the level of officials have not yielded results.

As a result, private operators and travel services are exploiting passengers in an intolerable fashion. The situation of those with private vehicles are utilizing this grand chance, but the poor-middle class lives have been ruined. AP officials are desperately trying to curb this exploitation. The Telangana RTC does not like the proposal to run services equally and follow the rules even in the case of kilometers.

For example, in the Kurnool-Hyderabad route, 90 percent of the AP buses ply in Telangana and only 10 percent in AP. If two states run this service AP will get more revenue from Telangana and the same time, the revenue from AP to Telangana is considerably very low. For, Guntur-Hyderabad and Vijayawada-Hyderabad services have the same problem. If they want to run buses according to kilometers and resume inter-state services, Telangana buses do not have the sky to rotate mostly in AP. That is why there is no compromise in this matter. With this, the Telangana government is not sending buses to AP even though it is running services to other states. A conciliatory solution is possible only if government officials intervene and sort it out at the earliest otherwise it is the middle-class employees and poor people's lives at stake here.