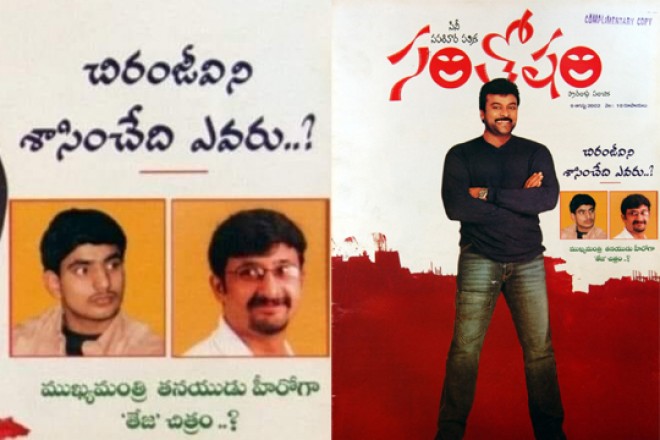 Since yesterday, Nara Lokesh's debut Telugu movie has been the most talked-about topic on social media.


Going into the story, YSRCP forces on social media have digged up a snippet of an old magazine regarding Nara Lokesh's debut film.

In this clipping, it reads that the son of the chief minister of Andhra Pradesh is acting in a film which will be directed by Teja. Lokesh and Teja's photos are seen in this clipping.

This news about Nara Lokesh's debut movie which was supposed to happen a very long time ago is now going viral. The film obviously did not happen for reasons unknown.

It is known that Lokesh is now focused on his political career and wishes to register his first electoral victory in the next election after losing from Mangalagiri in 2019.