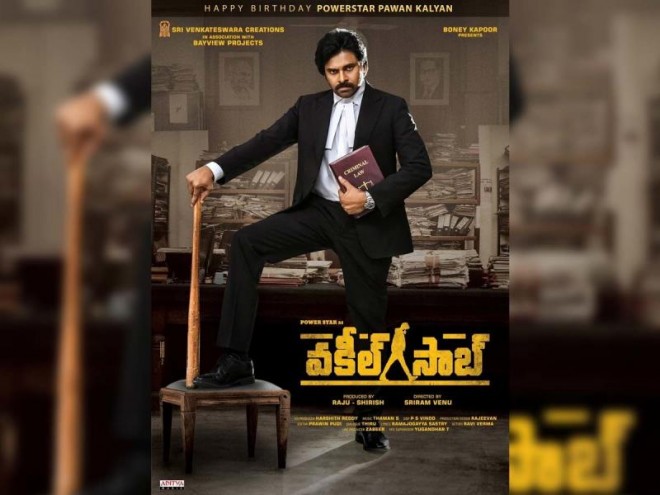 Coming to more details, The director narrates this with a stick and a book on Indian Law and unveils the character of Pawan from Vakeel Saab. Pawan looks dapper and cool in the presented motion poster. This is the other look unveiled from the movie through the motion poster. The court premises are decent and Thaman tops the show with his engaging background score. On the whole, the motion poster of Vakeel Saab is a perfect birthday treat for Pawan's fans.

Directed by Sriram Venu, this court drama will resume the shoot from this month. The entire portions of the shoot will be completed by October and Vakeel Saab is aimed for Sankranthi 2021 release.