Man arrested for hoisting Pakistan's flag at home in MP 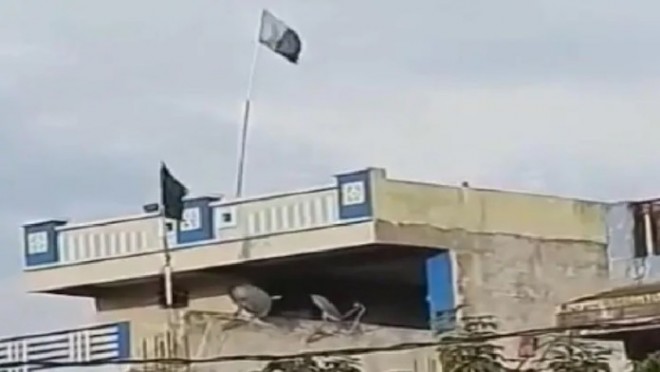 The Madhya Pradesh police have arrested a man named Farooq Khan for hoisting a Pakistani flag atop his house in Kshipra village in Dewas, Madhya Pradesh. Reportedly, the accused works at a puncture repair shop.

Police seizes the Pakistani flag; Farooq blames son
In his defence, Farooq has claimed that the flag was hoisted by his minor son unknowingly and that he had tried to burn the flag after learning about his son's actions. The Dewas police had confiscated the flag, keeping in mind the law and order situation in the area. The cops are now investigating the source and purpose of putting up the flag at his house and are interrogating the family members.

The images of the Pakistani flag flying atop the house had gone viral on social media.