Heavy Rainfall was going to occur in Madhya Pradesh 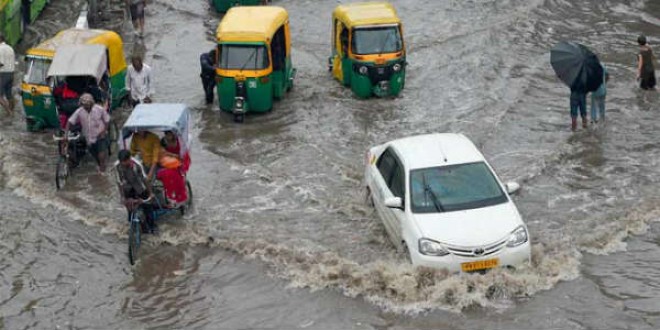 Light drizzle is continuing in many districts of Madhya Pradesh since the last few days. The weather in Bhopal was clear on Sunday. During the day, there was a feeling of hot summer with humidity. In the evening, the weather changed and after 8 o'clock there was strong wind and it also rained for 15 minutes. Good rain is expected in many districts of the state including Bhopal for three days from Tuesday. This will be due to the system built in the upper part of Orissa. It is moving slowly, which will make it rain. On the first Sunday, the temperature increased to 4.8 degrees Celsius. The temperature of the day was 33.4 degrees.
According to the meteorologists at this time, from Tuesday, the rain will begin in the entire state of Madhya Pradesh. During this time an alert of heavy rain has been issued in some areas. A cyclone is formed at an altitude of 5.6 km in Odisha. The second cyclone is over eastern Uttar Pradesh. It is bringing moisture to the atmosphere. Due to this system on Monday-Tuesday, there will be good rains in most parts of the state including the capital. This system will be active for three to four days.
According to the forecast of the weather center, on Monday, heavy rain alert has been issued in Rewa, Shahdol division and Chhindwara, Balaghat, Betul, Hoshangabad, Raisen and Sehore districts on Monday. Sagar, Gwalior and Chambal divisions can receive rain with thunder and glow.