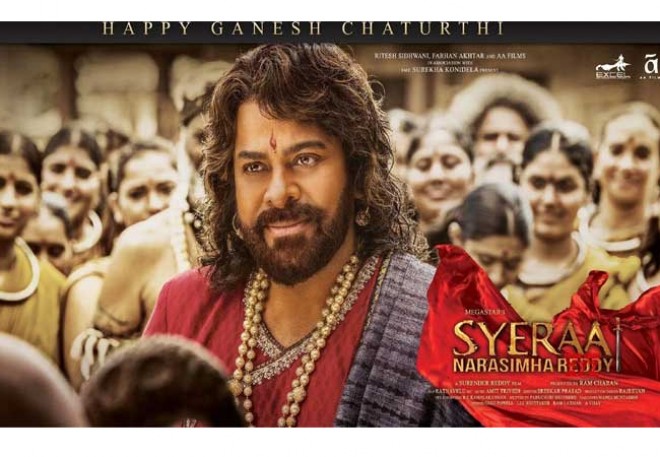 Sye Raa, the highly-anticipated period drama starring Megastar Chiranjeevi's in the lead role in gearing up for a Pan-India release on October 2nd. Along with Telugu, the film will have a wide release in Hindi, Tamil, Karnataka and Malayalam versions.

Already booking for the film is open in all major centers. As per the BMS(Book My Show) trend, Sye Raa pre-scales are going on at a brisk pace. Especially, in Hyderabad city, almost all the shows allocated for the first day are fully booked which indicates that the film is going to post some magnificent numbers on its opening day in this region.

Will the film suppresses the existing Baahubali 2's record? Is to be seen.