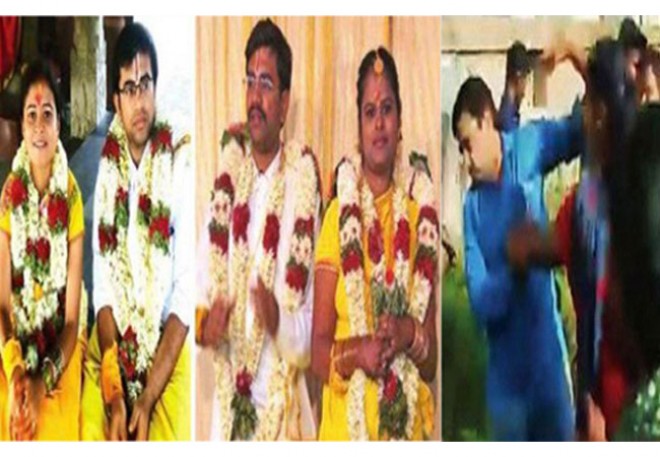 In a shocking incident, a man identified as S Aranga Aravind Dinesh seeking to get married for the third time was beaten by two women and their kin outside a police station. The video of the incident is now doing the rounds on social media.

According to reports, the two women have been living with their respective parents unable to bear alleged physical torture by their husband, earlier staged a dharna in front of his office, following which he was asked to come to the police station. As the 26-year old man, employed in a private firm, emerged out of the police station after being questioned, the two women, one of whom he had married in 2016 and the other in April this year, and their relatives pounced on him and beat him up.

Police said they intervened and took them inside the station where the two women lodged a formal complaint, accusing the man of cheating them after marriage and attempting to enter into wedlock with another.