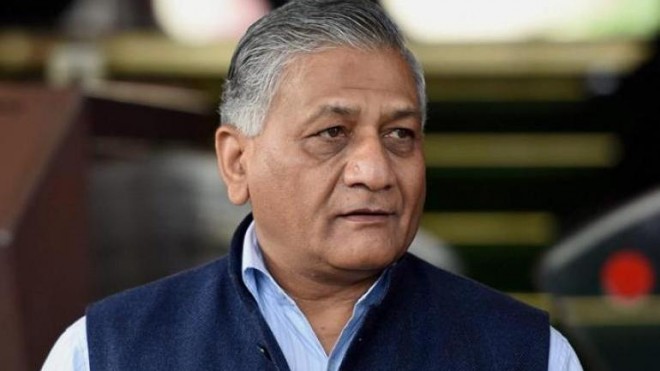 New Delhi: The threat of the war was recently given by Pakistan Army Chief General Qamar Javed Bajwa. Let us tell you that Bajwa had said that the Pakistani Army will fight till the last bullet. Also, Bajwa's threat has now been given a befitting reply by former Army Chief and Union Minister General VK Singh.

Recently, Singh has said that "Pakistan's army commits corruption in the name of Kashmir. If Kashmir does not exist then where will it go." Singh further said, "Bajwa first look at the condition of his country and his army, then he should talk about the war. There is no money and food in Pakistan, Instead, they talk big."

Also, on the infiltration of terrorists by VK Singh, it has been said, "It is their job to come and send us to heaven". At the same time, the Union Minister has said on the Chidambaram case, the former Finance Minister of the country and the Congress leader, that "Modi ji has clearly said that the law will do its job. Chidambaram Harshad Mehta was a lawyer of Gang Sterlite Group. Look at the history of the wife, there is a mess. "