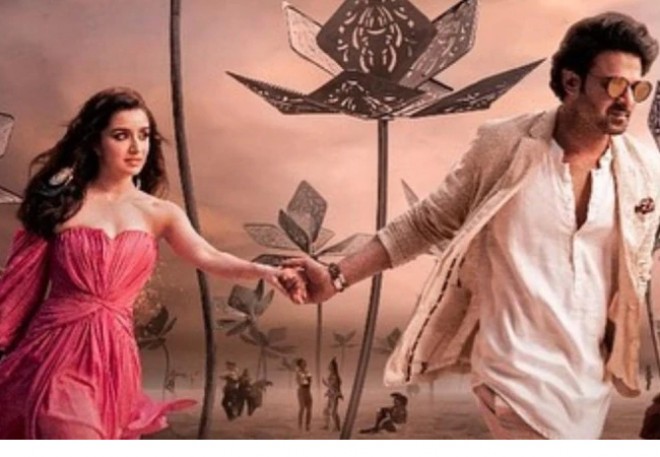 A few more hours to witness the biggest visual wonder Saaho on screens with the film having a grand release tomorrow. Not only the movie buffs, but film fraternity is also eagerly waiting for Saaho's release. Tollywood young sensational hero Vijay Deverakonda taking to Twitter expressed his excitement to watch Saaho on big screens.

In his tweet post, he wrote: "I've personally witnessed the life, efforts, love, and stress @UV_Creations @sujeethsign and the huge teams used to put into #Saaho during my #Taxiwaala times. Can't wait to experience this film on the Biiiiig screen". He also wished success to Prabhas and the entire Saaho team.