A glorious chapter of Indian politics has come to an end 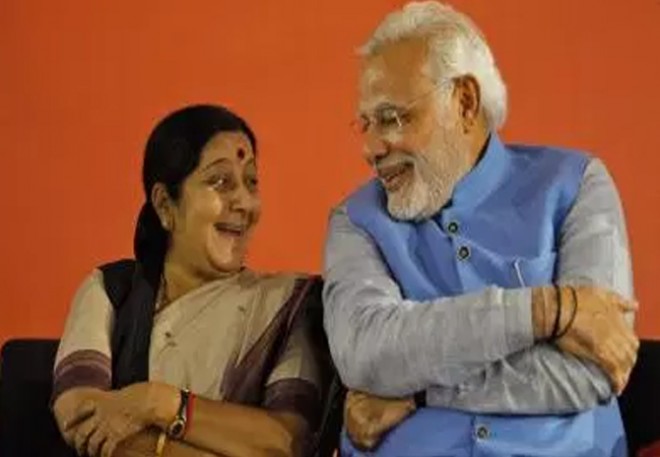 Former External Affairs Minister and senior BJP leader Sushma Swaraj passed away on Tuesday night and was 67 years old. Sushma Swaraj was rushed to AIIMS Hospital at around 9.30 p.m. and was taken directly to the emergency ward, while AIIMS doctors said she died of a heart attack.

Prime Minister Narendra Modi on Tuesday expressed deep sorrow over the passing away of former External Affairs Minister Sushma Swaraj and said that "a glorious chapter of Indian politics has come to an end."

"A glorious chapter in Indian politics has come to an end," Modi tweeted. India is saddened by the passing away of an extraordinary leader who dedicated his life to public service and improvement in the lives of the poor. Sushmaji was different and was an inspiration to millions of people."

On the other hand, President Kovind wrote, "Extremely shocked to hear of the passing of Smt Sushma Swaraj. The country has lost a much-loved leader who epitomised dignity, courage & integrity in public life. Ever willing to help others, she will always be remembered for her service to the people of India."

Home minister Amit Shah, Defence Minister Rajnath Singh and several Union ministers and leaders rushed to AIIMS late in the night and reported that Sushma's funeral will held at Lodhi Road cremation ghat at 3 pm on Wednesday. will be done. Earlier, the body has been kept at THE BJP headquarters for darshan.