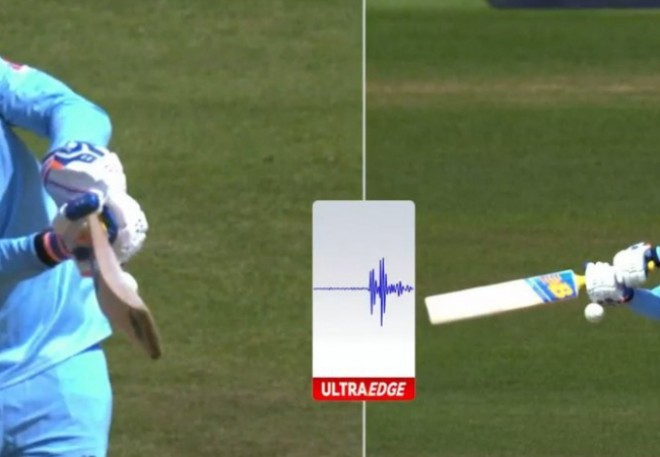 The decision to take the DRS is extremely important because if it goes in your favour, you can use it again. Otherwise, you lose the opportunity to retake it as the results are reversed. Some cricket experts have even named the DRS as the 'Dhoni Review System' in place of the Desicion Review System. M.S. Dhoni is considered Virat's biggest weapon in the DRS pick.

Dhoni is an expert in DRS, but mahi failed on the DRS front in the World Cup match against England today. Skipper Virat Kohli smashed Hardik Pandya's ball in the 11th over to break the opener of Jason Roy and Jonny Bairstow, who became a headache for India. Hardik Pandya's fifth ball of the 11th over went into Dhoni's squad kissing Jason Roy's glove. After which Pandya and Dhoni appealed for the catch, but the umpire dubbed it wide.

Kohli then spoke to Dhoni. On Dhoni's advice, the captain did not take the DRS. Kohli listened to Dhoni at that time and did not use the DRS and later replays revealed that the ball was kissing Jason Roy's glove. Roy was batting at 21 and Roy was out for 66.