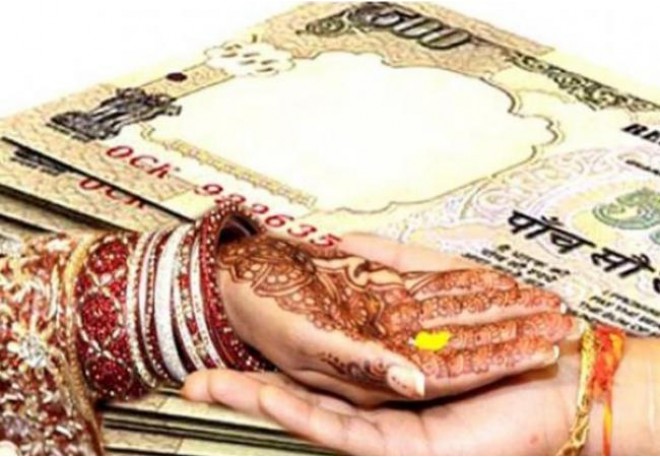 A retired Andhra High Court judge, Rammohan Rao, has been booked by his daughter-in-law Sindhu Sharma in a dowry harassment case. Sindhu also sought custody of her two daughters and vowed to continue her protest till the in-laws also hand over three-and-half-year-old Rishika.

Tension prevailed at the retired judge's residence in posh Jubilee Hills as various women's groups also joined her in her protest. Holding placards and raising slogans, they demanded justice. Sindhu alleged that in-laws were refusing to hand over the elder daughter as they fear that she would speak out about the ill-treatment and physical assault. Sindhu and Vashista had married six years ago and her father M. V. Sharma had given cash and gold as dowry. However, for the last few months, her in-laws and husband had been allegedly harassing her for dowry and subjecting her to physical and mental torture.

She told media persons that Rammohan Rao suggested divorce with mutual consent. She, however, made it clear that the police case against them should first come to a conclusion.

She said that if her husband N. Vashista comes forward to live with her, she may give him a chance. On a complaint by Sindhu, the Central Crime Station of Hyderabad police on Saturday filed a criminal case against Rammohan Rao, his wife Lakshmi and their son Vashista, charging them under sections 498-A (punishment for subjecting a married woman to cruelty), 323 (voluntarily causing hurt) and 406 (criminal breach of trust) of the Indian Penal Code and Dowry Prohibition Act.

Last week, she had to be admitted to a hospital after they allegedly thrashed her mercilessly. With the physical assault becoming unbearable, she decided to approach the police. Rammohan Rao was a senior judge of Andhra Pradesh High Court who retired in 2017 while serving at Madras High Court.