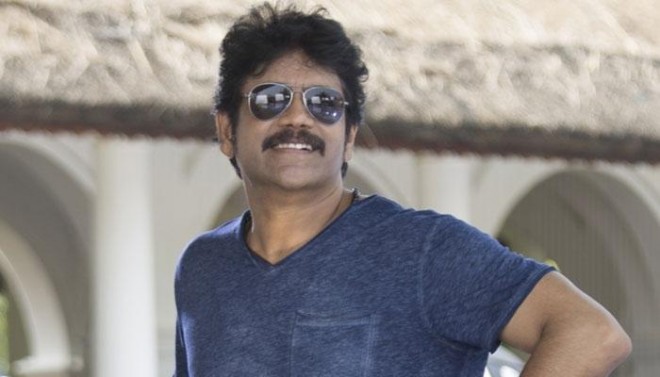 Hyderabad, Apr 14: Almost all the celebrities in Tollywood exercised their franchise and caste their vote inspiring and motivating common people in the recently held elections in Andhra Pradesh and Telangana. In the process they postponed their important assignments and professional commitments.

However much to the shock of all King Nagarjuna whom PM Modi selected as a brand ambassador and requested him to campaign to bring in awareness among people to vote in large numbers and decide India’s future, flew away to Portugal to shoot for his upcoming entertainer 'Manmadhudu 2'.

Nagarjuna's action when his wife Amala, Sons Nagachaitanya, Akhil and daughter in law Samantha cast their votes is getting lot of criticism. A source shares "He had already confirmed the dates for the Portugal leg of his forthcoming film Manmadhudu 2 shoot and therefore, left without casting his vote."