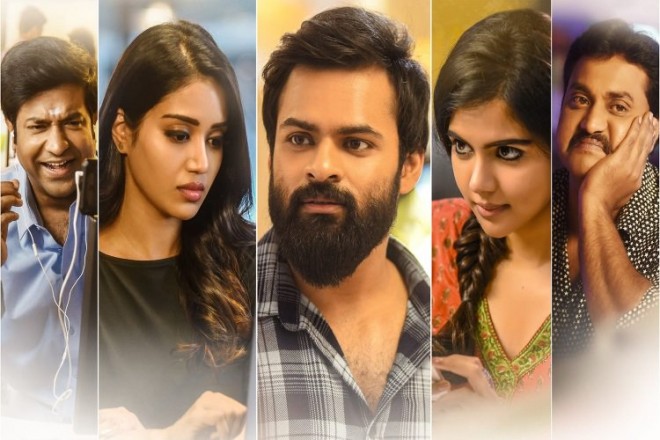 Hyderabad, Apr 12: It is a crucial day for mega hero Sai Dharam Tej at the box office. His latest film Chitralahari is releasing today amid very low expectations. Sai Dharam Tej used to be one of the most bankable stars among the mid-rangers, but lost his track with a row of six flops.

His last two films Intelligent and Tej were miserable flops that dented his market to a great extent. His films used to do around Rs. 25 crore pre release business at one time, but Chitralahari was sold for half that price. He is badly in need of a hit and thankfully Chitralahari looks promising with impressive promos and good songs.

Kishore Tirumala is a sensible director who delivered a blockbuster with Nenu Sailaja. Kalyani Priyadarshini is the female lead with Sunil playing a crucial role as hero's 'glassmate'.

Devi Sri Prasad has come up with a decent album after a series of duds. Mythri Movie Makers are looking to avoid a flop hat-trick as their last two movies bombed big time. Can Chitralahari turn fortunes for the makers and Sai Dharam Tej?