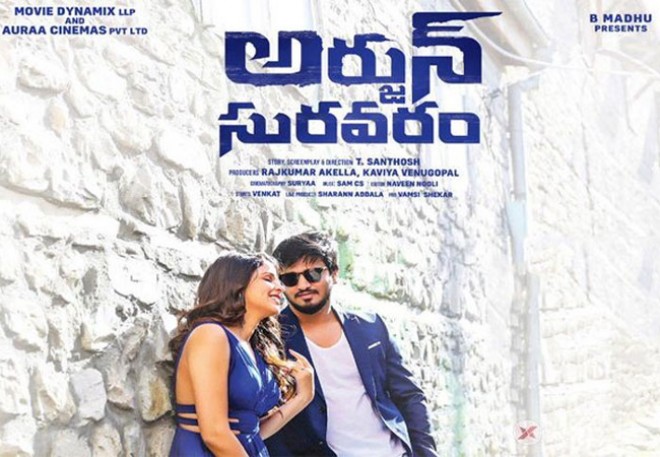 Hyderabad, Mar 23: Nikhil’s “Arjun Suravaram” which completed all the necessary formalities and was tentatively planned for March 29th release got postponed to this summer. As elections Hungama started all over AP and Telangana, Telugu audiences are in no mood to watch the films over the Political drama which is happening in two states. Initially, makers planned to release the film in the second week of April, however many movies are competing in that time period and “Kanchana-3” which is also produced by Tagore Madhu (producer of Arjun Suravaram) releasing it in Telugu and Tamil simultaneously.

So, many distributors and producers requested Hero Nikhil to release the film on the 1st of May. Hero Nikhil also got convinced by that date and heartily agreed to the same. It gallantly helps “Arjun Suravaram” to get huge openings as there are no big releases on that time period and “Mayday” holiday will be the added advantage to this investigative thriller.

When it comes to business, Arjun Suravaram has got pretty good numbers. It has been Sold out in Nizam area and has been acquired by Asian Sunil Narang for 4 crores yesterday and it also has an offer of 6 crores in Andhra Ceded. Countryside pictures bought overseas rights for this film for 1 crore.