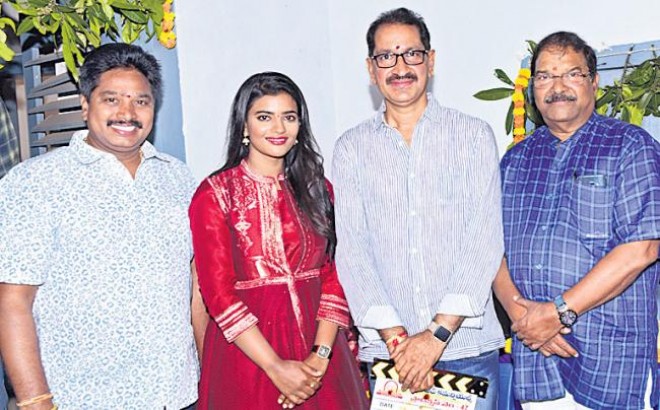 Hyderabad Mar 15: Director Bheemaneni Srinivasa Rao is all set to work on his next project. Titled Kousalya Krishnamurthy...Cricketer, the film is being produced by K. S. Rama Rao and stars Aishwarya Rajesh in the titular role. Adding that his wish to work with producer Rama Rao has been fulfilled with this film, the director says.......

"This film deals with the strong bond of love and affection between a father and his daughter. The cricket angle only adds to the novelty of the story. How Aishwarya Rajesh becomes successful as a female cricketer and how she makes her father and country proud forms the main crux of the story."

Aishwarya too is elated to be a part of the film. "Though the Telugu audience came to know me through Maniratnam’s Nawaab, this is my second film under the Rama Rao sir’s banner," says the actress.

Adding, "I trained in cricket for six months while doing this film in Tamil, and it brought me huge acclaim. When I showed the teaser to Rama Rao garu, he was highly impressed and immediately okayed my suggestion to make it in Telugu. I am confident that the Telugu version will also bring me fame."