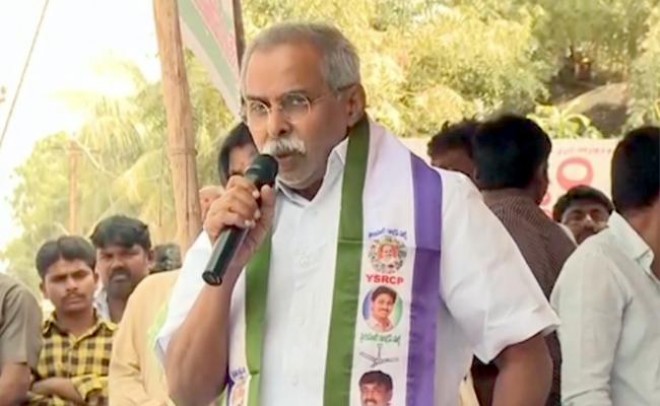 Amaravati, March 15: YSR brother YS Vivekananda Reddy's death has become suspicious, a complaint was filed suspecting that it was a murder. Viveka's personal PA Krishna Reddy complained to the police that Viveka has been killed. Suspicions have raised because Vivekananda Reddy was found lying in the bloodstream in the bathroom. Reports are that he had strong injuries on the head. Police suspected this as a suspicious death and are investigating the case with the Dog Squad.

Family members say that, on Thursday, YS Vivekananda Reddy has held election campaign all day. It was too late in the night when he came home and at that time there was no one in the house. In the morning, his family found him collapsed in the bathroom.

As Postmortum report has to come, 68-year-old YS Vivekha has been suffering from a serious illness from some time.