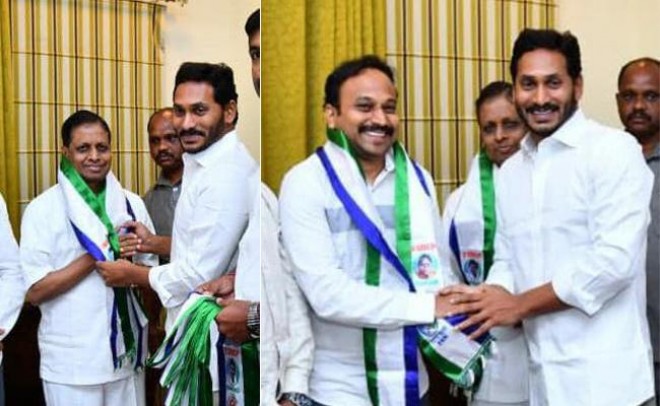 Former Minister and TDP senior leader Daadi Veerabhadra Rao had quit TDP and joined YSRCP along with his son ratnakar and he made sensational comments that TDP is ready to merge with congress. Daadi targeted chandrababu by making remarks that he is ignoring NTR's principles and ideologies with which has TDP has been formed.

Daadi also said that Babu mastered the art of blaming others for his mistakes and stepped in to low values for his growth. Now with falling image of the TDP in the state He was ready to dump the ideologies with which party was founded and want to merge it with Congress.

Daadi's remarks cannot be taken as false as in Telangana state TDP is literally non existent and Naidu forged a strong bond with Congress too and contested as alliance with the party in Telangana state. His act has been angering seniors and hard core NTR fans.