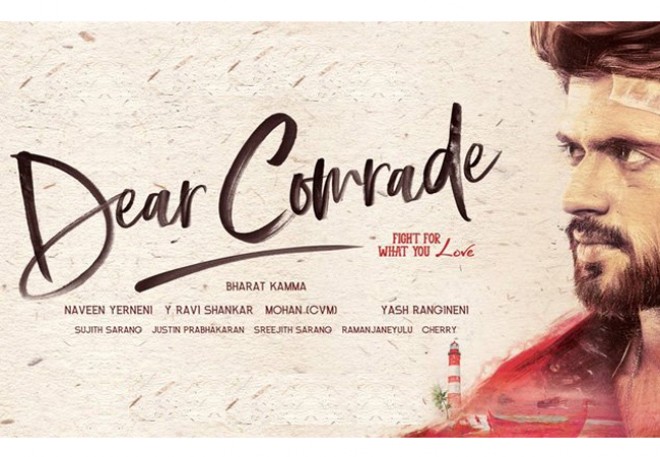 Hyderabad, Feb 28: Here comes good news for Vijay Deverakonda fans. The ardent fans who have been waiting with bated breath about his next film update is here. Post-Taxiwala, Vijay geared up for Dear Comrade and the makers have finally announced the release date of the film. Dear Comrade starring Rashmika Mandanna is all set for a summer release on May 22.

The Film has been Helmed by Bharat Kamma and produced by Yash Rangineni under the production banner Mythri Movie Makers. While the plot of the film is kept under wraps, it is speculated that Vijay would be paying a worker in the Singareni mines. The picture of him dressed in the attire went viral of late.

On the other side, Rashmika would be essaying a cricketer role representing Telangana. Dear Comrade, the title suggest the film to progress with a communist background.